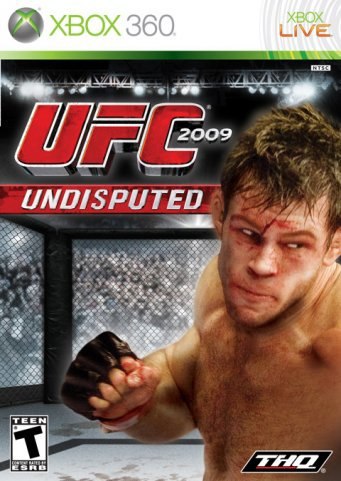 Uploaded: 18.11.2020
Content: text 23 symbols
Loyalty discount! If the total amount of your purchases from the seller ossis more than:
If you want to know your discount rate, please provide your email:

UFC 2009 Undisputed is an uncompromising fighting tournament, where masters of various martial arts come together at the legendary octagonal arena - the octagon. In the fierce battles without rules, the best warriors from around the world participate: judo wrestlers, karate players, boxers, kickboxers and wrestlers. Join their ranks and check on your own skin whether the master of jujitsu will be able to defeat the Thai boxing specialist!
UFC 2009 Undisputed brilliantly reproduces the atmosphere of fighting without rules - you will see not only famous athletes, but also well-known commentators, coaches and referees. Photorealistic graphics will not allow for a moment to break away from the screen, which unfolds enchanting fights. You are waiting for immersion in the world of harsh and spectacular sport, where the heady sweetness of victory is mixed with steel taste of blood.
"Everything is for real! The game features more than 80 famous fighters in five weight categories, and famous commentators, referees, coaches and, of course, charming beauties are watching the fight!
"Photo-realistic graphics. Fights without rules will appear before you in the form in which they are broadcast on television - the difference is almost not noticeable! Virtual fighters breathe, sweat and move to the same as real ones, and powerful blows are accompanied by spectacular special effects.
"Intuitive control. You can concentrate on the fight, not tangling in the buttons. Simple and affordable control allows you to conduct techniques easily and naturally.
"Martial Arts of the World. Try your hand at judo, Thai boxing, wrestling, kickboxing, boxing and Brazilian jujitsu.
"Create a better fighter. You yourself determine the appearance of the character, teach him new techniques, increase strength and endurance. Special attention must be paid to the state of health, namely, the cardiovascular system!
"Fight for fame! Develop your character, learn new tricks, win victories, and your name will fall into the UFC Hall of Fame.