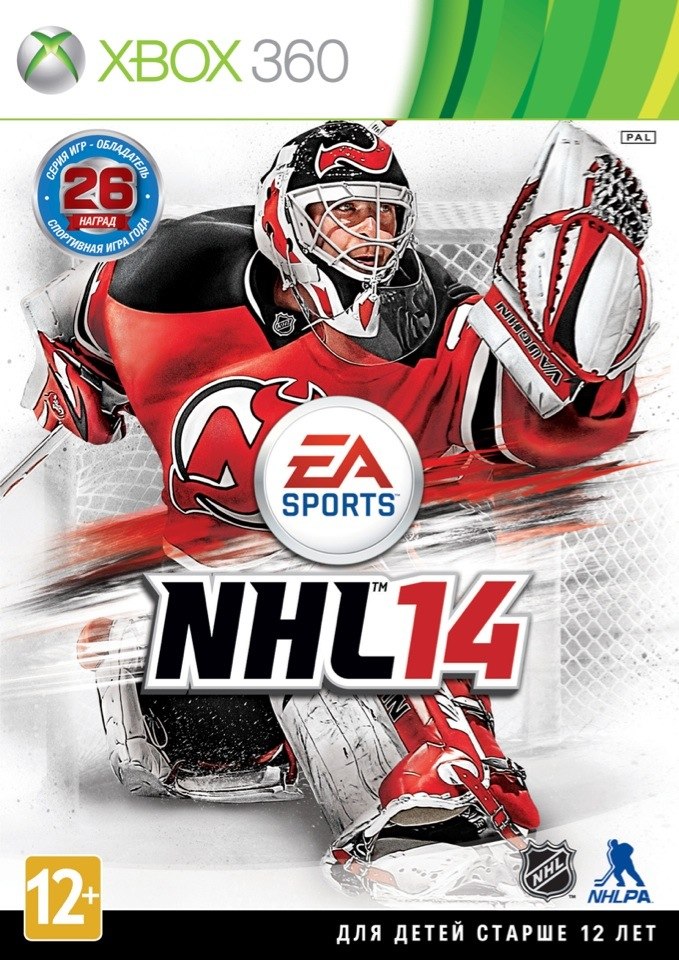 Cooperative play without a network: up to 4 players

Game NHL 14 will maximize accurately convey aggressiveness, agility and virtuosity of NHL hockey games on the consoles of the current generation with the help of the most advanced developments EA Sports.


Follow the decisive shots with technology NHL® Collision Physics, which is a further development of the Player Impact Engine EA Sports FIFA. Arrange a fierce battle on the ice with the help of the latest development Enforcer Engine, borrowed from the famous series Fight Night.


Enjoy new levels of speed and accuracy of movements achieved thanks to technology True Performance Skating second generation, and bypass defenders with the latest tricks of One-Touch Dekes.


On top of all this, fans of the game will be able to get used to the role of the idols from the NHL in the new version of the career mode Be a Pro, dedicated to life on the ice arena and beyond.

NHL® Collision Physics - this technology is based on the same principles as the famous Player Impact Engine of EA Sports FIFA, allows for spectacular shots and increases the realism of the behavior of the puck. The new control system, which uses the left stick makes it much easier to perform throws and effektivnee.EA Sports Hockey IQ With an improved artificial intelligence players now see a great field, and quickly take the smart and logical decisions. In addition, EA Sports Hockey IQ provides the player with the most extensive and flexible set of techniques and strategies in the history of the series.


Enforcer Engine - this technology borrowed from the set which gained accolades series Fight Night, reveals the anatomy of hockey fights from the perspective of a third party. Athletes controlled players and artificial intelligence are realistic and continuously since dropping the gloves, and a hike up to the penalty bench. For the first time in the history of EA Sports NHL takes into account the difference in the growth and strength of the players, applied new methods of mechanical power and used a number of other features that enhance the realism and intensity of ice battles.


One-Touch Dekes - Feel like a hockey superstar, performing intricate feints with the left joystick and one button. This new system allows you to quickly react to the defense and intuitively perform complex combinations will be enjoyed by both beginners and experienced players.


Live the Life - the new version of the career mode Be a Pro Career you can fully enter into the role of an athlete NHL. All of your actions on the site and beyond - from communicating with teammates before the interview with the press - affect career. Your choice depends not only on the relationship with the fans, the team and the leadership, but also the skill of your hockey player.


EA Sports NHL Online Seasons - NHL 14 is implemented in the best-in-class transition between divisions Available in Hockey Ultimate Team and EA Sports Hockey League. Gaining victories, you´ll be quickly in the next division to stronger rivals, and after a series of defeats your team will certainly go down. The team´s success are monitored for several seasons.