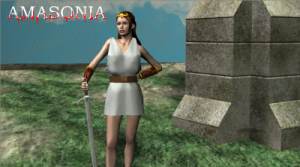 suhach information about the seller and his items
offlineAsk a question

Ill during the Middle Ages, rules the world. Ancient Calradia immersed in civil wars. The lack of fighters in feudal rulers forced to replenish garrisons castles women, which led to the revolt of the beautiful girls. Desiring to establish their own rules, in a power struggle connected wife rulers. In the end, Calradia established matriarchy. All of the male population was driven out of the cities and castles, and the former wife and the girls became belligerent Amazons.
Will the main character Calradia win in such conditions?
Become a protagonist and find out the answer!

Description of the system control and the PAP scheme NLS - MB