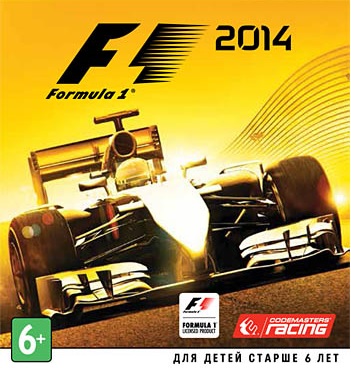 Boommedia information about the seller and his items
offlineAsk a question

ATTENTION !!! You get the key from the licensed version of the game, from the company´s new disc! Guaranteed purity key!


On tracks FORMULA ONE under the piercing roar of engines legends are born real world racing. Each new race - the unpredictable, exciting holiday for millions of fans of this great and dynamic sport. Now is the time to move to the most prestigious tracks of the world with a new game is incredibly popular series of racing games F1!


I look forward to the season 2014 with all the changes in the rules and requirements for advanced cars. New aerodynamics and technical parameters have been recreated down to the smallest details, creating a sense of this race. The races take part all the official drivers and cars of the world championship FIA FORMULA ONE year. Your actions will appreciate a special monitoring system, which will select the appropriate level of complexity. At the same time, experienced players will be able to choose the appropriate settings to achieve new heights of excellence.

• New cars, pilots and rules: test changes on the track with the turbo engines

• The most accessible game in the world of F1: evaluation system actions of the player adjust the game to your level, from beginner to elite pilots

• All new trails Championship 2014: Defeat the Russian circuit in Sochi and challenge competitors on the Austrian track Spielberg

By purchasing an electronic version, you buy only the key. The game is downloaded and installed directly via Steam. To do this you must register an account on the system Steam.


To install the game you need:

3. Open the tab "My Games" from the top menu, at the bottom click "Activate via Steam ..."

4. You will be asked to enter the product code, enter the key purchased from us.


\u003cdelivery\u003e The original copy of the key, the license agreement and all copies of the software in its original packaging, you can get a convenient way for you. To do this, after payment and receiving a digital copy of the key, please contact us by email or phone. For residents of St. Petersburg and the delivery can be carried out by courier. Postage and packing, as well as courier services are paid separately by you. \u003c/delivery\u003e