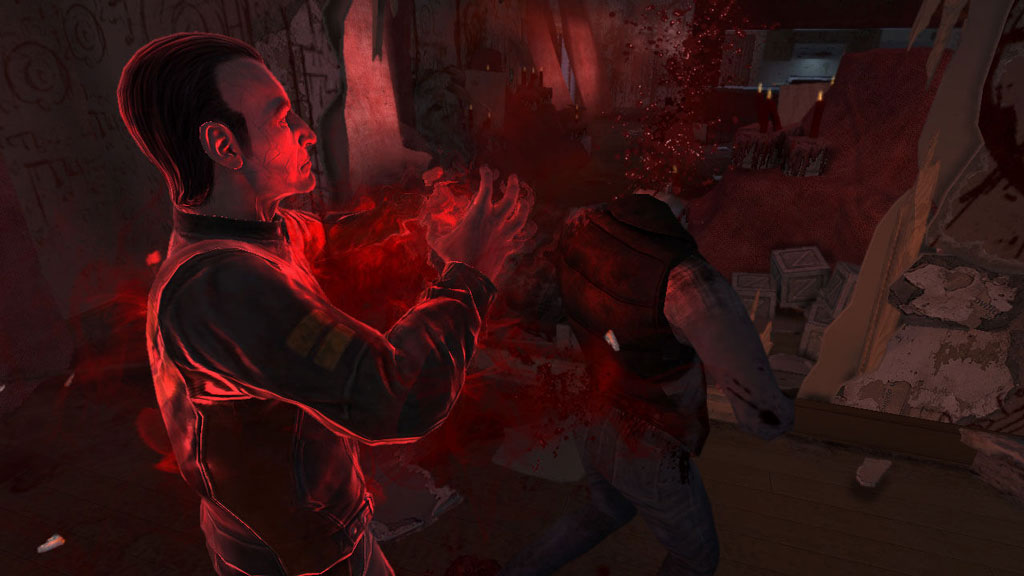 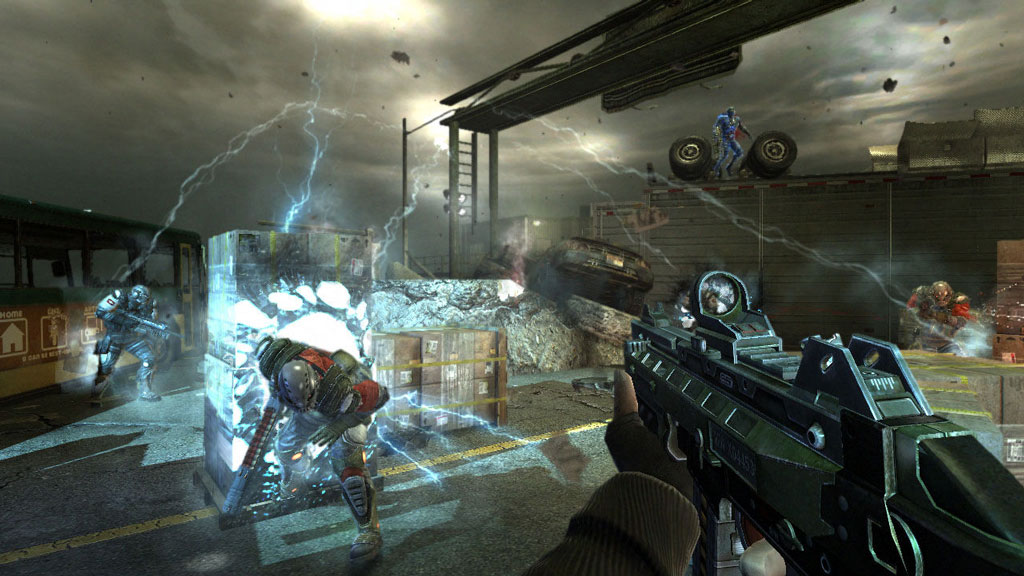 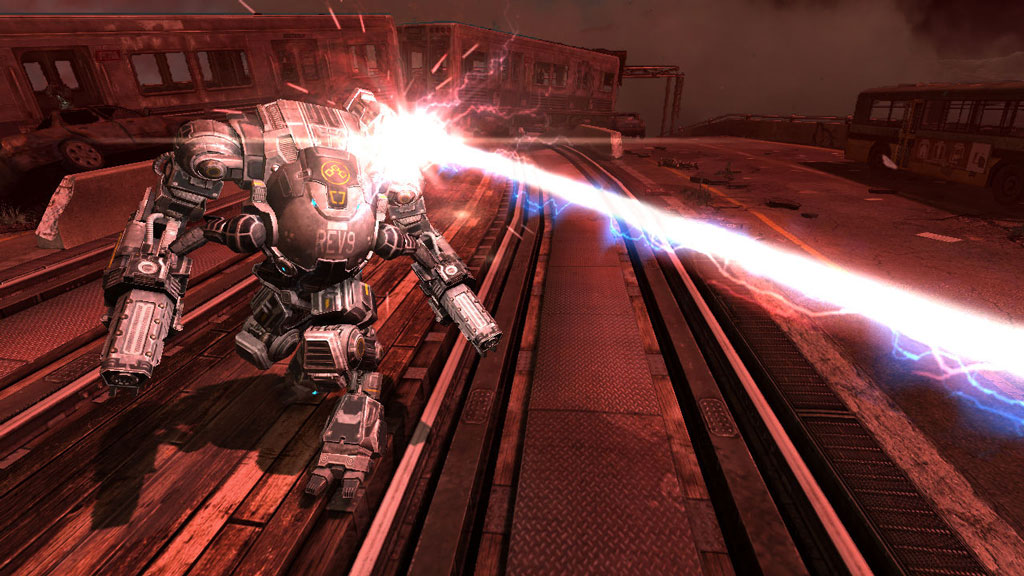 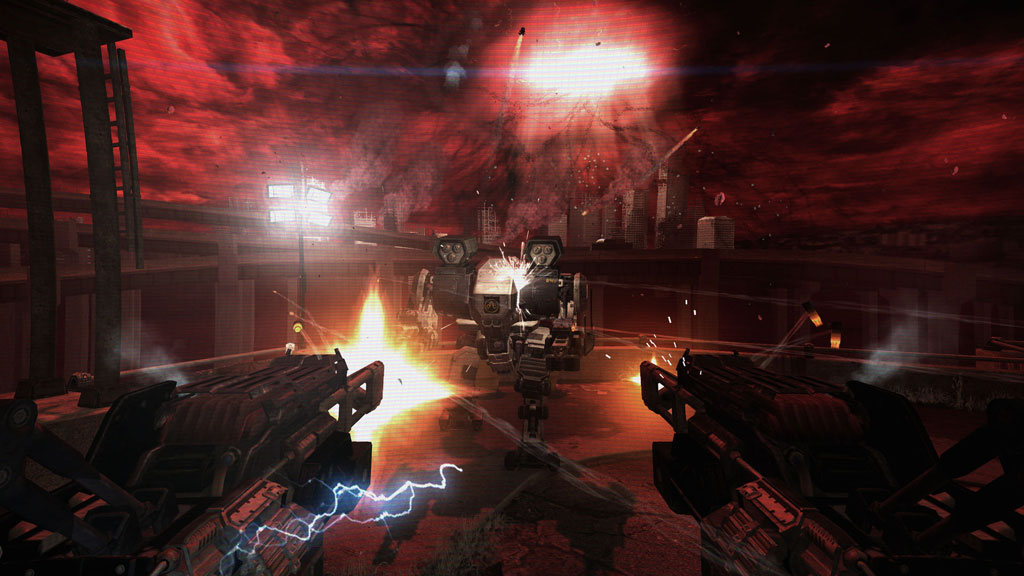 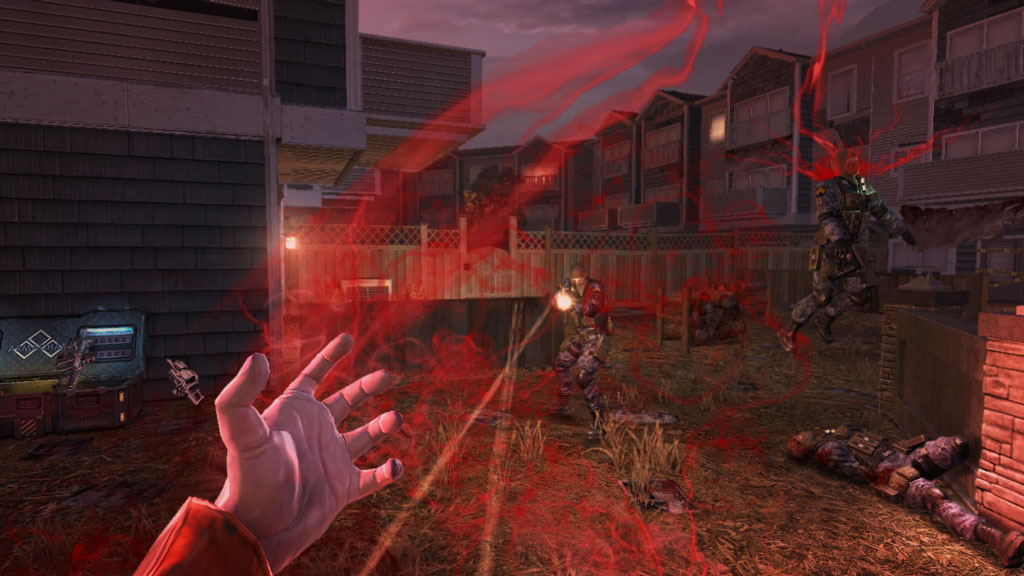 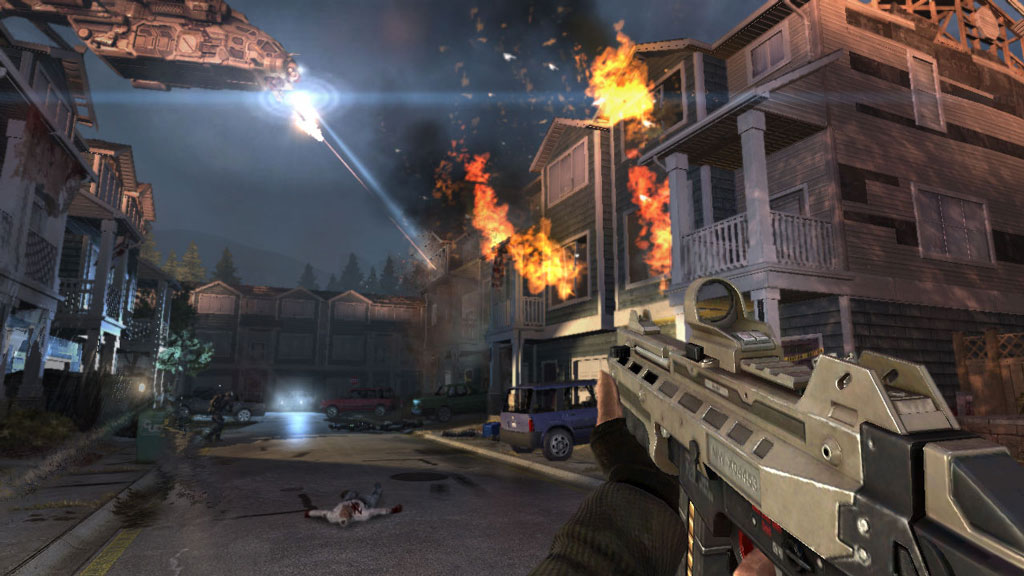 =======================================
Alma is waiting, and the level of fear increases as long as you and your cannibal brother are fighting another nightmare. Fight together or die alone on deadly missions to confront your crazy mother. Players can take on the role of an Operative, a genetically improved soldier with superhuman reflexes and the ability to manipulate time, or the rebellious spirit of his brother Paxton Vettel, a paranormal creature with incredible psychic power.

• F.E.A.R. 3 contains all the characteristics that characterize the brand F.E.A.R. - a terrible paranormal atmosphere, frantic battles and a dramatic storyline
• No fear alone: ​​F.E.A.R. 3 develops a franchise, representing various cooperative modes: deep social gameplay, giving players different abilities that will affect their gaming experience when they play in a team ... or confront each other
• Furious battle: Active 360-degree hiding system, evolutionary time-slacking, scoring system and best-in-class mechanical combat units will help players in skirmishes with army of soldiers and paranormal opponents
• Experience of the Alma universe: The game world is destroyed by the Alma universe, an alternative dimension in which Alma´s psychic essence lives. A new sister and fantastic hostile creatures, born of Alma´s perverted mind in reality, will further aggravate panic
• Generating system: The proprietary technology creates random events to enhance the sense of isolation and unpredictability when playing alone or with a friend, and invites gamers to play each time to the end, gaining a unique gaming experience
• Masters of horror: The legendary director John Carpenter and writer Steve Niles provided their knowledge and led the project to bring out F.E.A.R. 3 to a new level. Niles is the co-author of an intricate storyline that shows the motivation and development of the family of the protagonists, and Carpenter helped improve kinematics to a better narrative and frightening factor

1. You must download and install Steam http://steampowered.com/download/SteamInstall.msi (if not already installed)
2. Run the Steam client
3. Create a new account on Steam or go to an existing one
4. Go to the "Games" section and select "Activate on Steam"
5. Enter the activation key you bought
6. After that, the game will appear in your list of games and you can install it