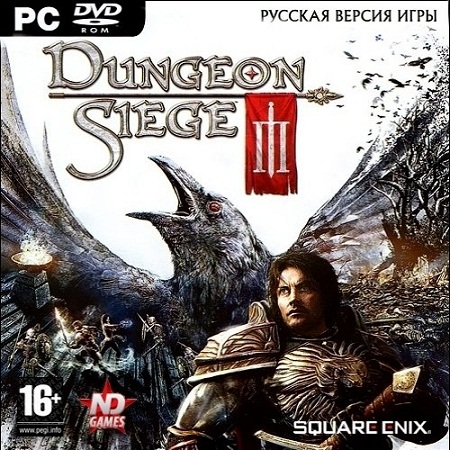 Boommedia information about the seller and his items
offlineAsk a question

ATTENTION !!! You get the key from the licensed version of the game, from the company´s new disc! Guaranteed purity key!


In Dungeon Siege trikvele player will assume the role of one of the last soldiers of the Tenth Legion legendary. The world is caught up in the war, around destruction and only the hero can cope with all the adversity. In contrast to the first two parts of the developed Gas Powered Games, trikvel do Obsidian, already adept at creating sequels to known series. in Dungeon Siege 3 will no longer be the party, but there was a real role sostovalyayuschaya, the game has a branching dialogue, a certain freedom of choice and non-linearity.


After activation serial key in the steam, the key becomes not valid, ie, they can not re-use.

Be sure to remember, and better write down all the details of your account! Without them, you will not be able to gain access to active games in the future.

The original copy of the key, the license agreement and all copies of the software in its original packaging, you can get a convenient way for you. To do this, after payment and receiving a digital copy of the key, please contact us by email or phone. For residents of Moscow delivery can be carried out by courier. Postage and packing, as well as courier services are paid separately by you.