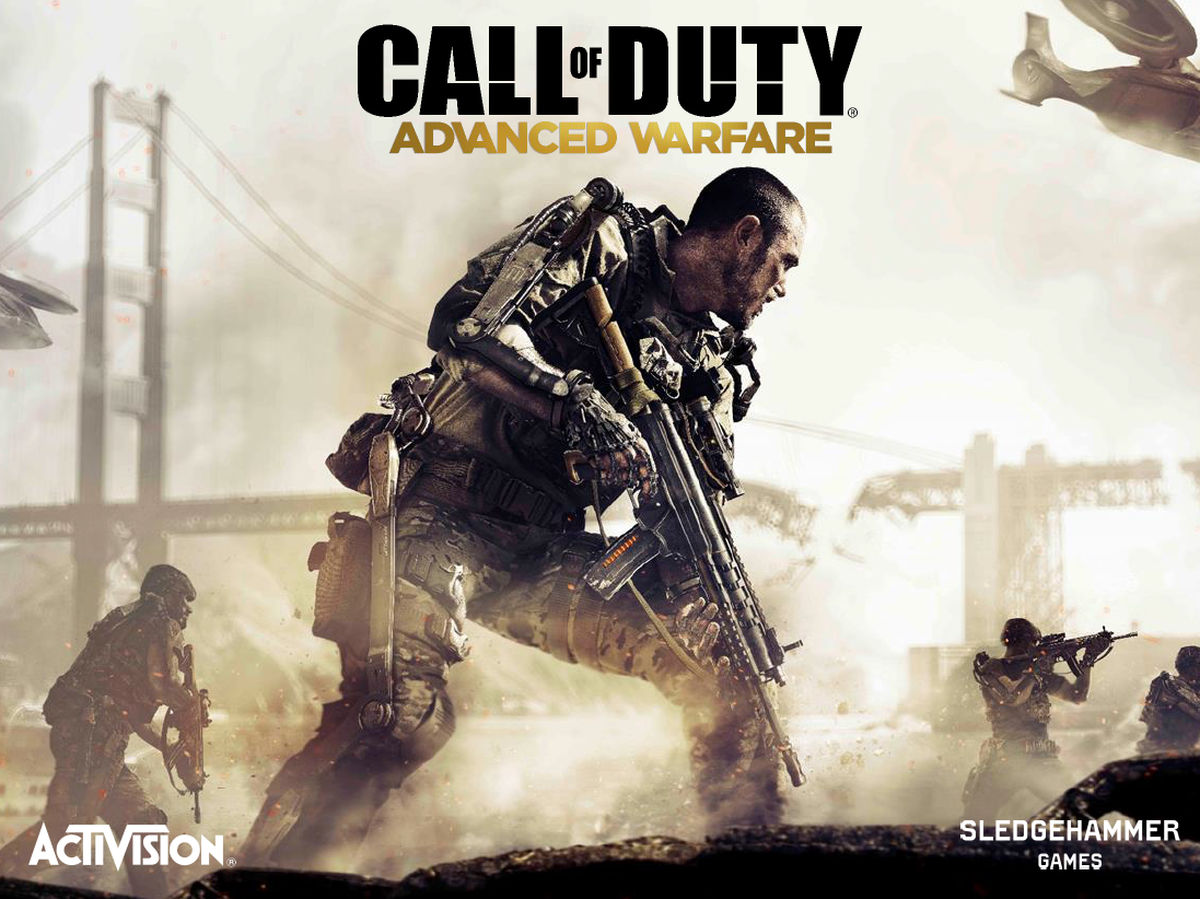 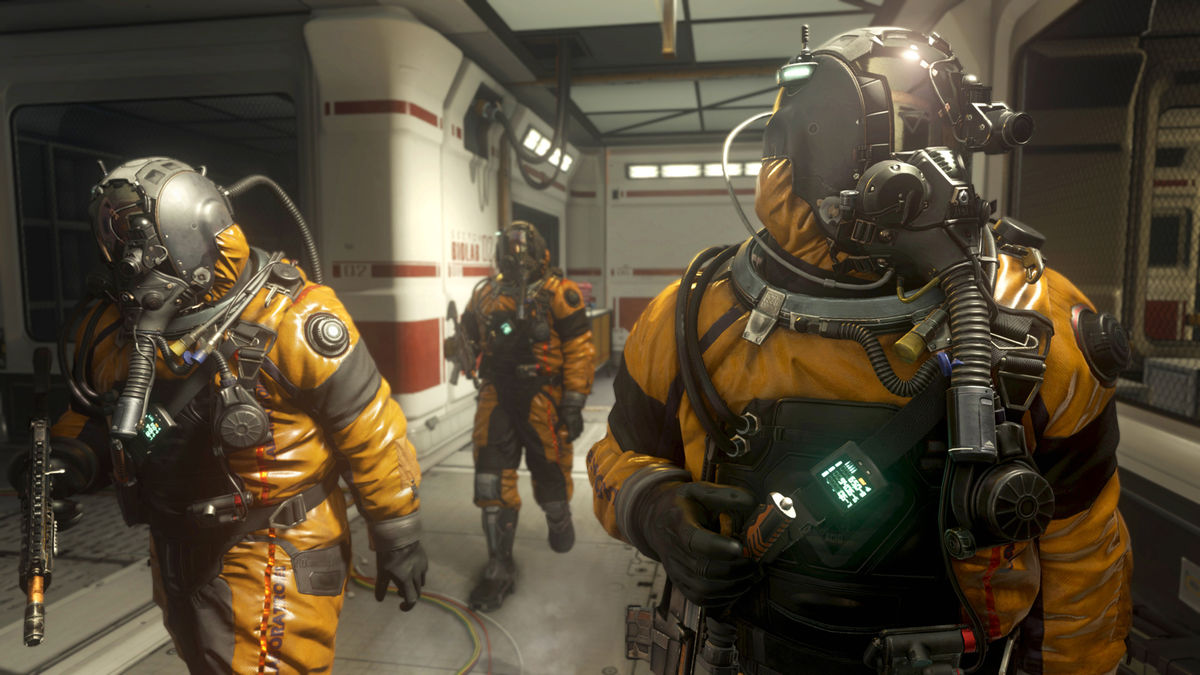 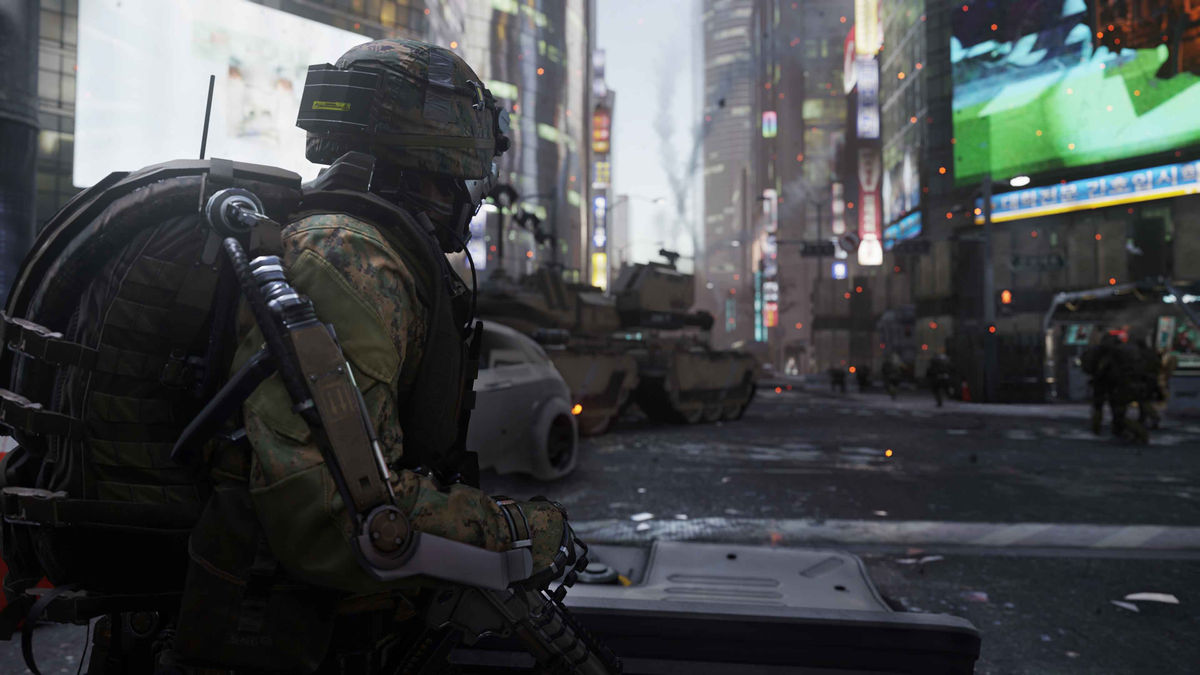 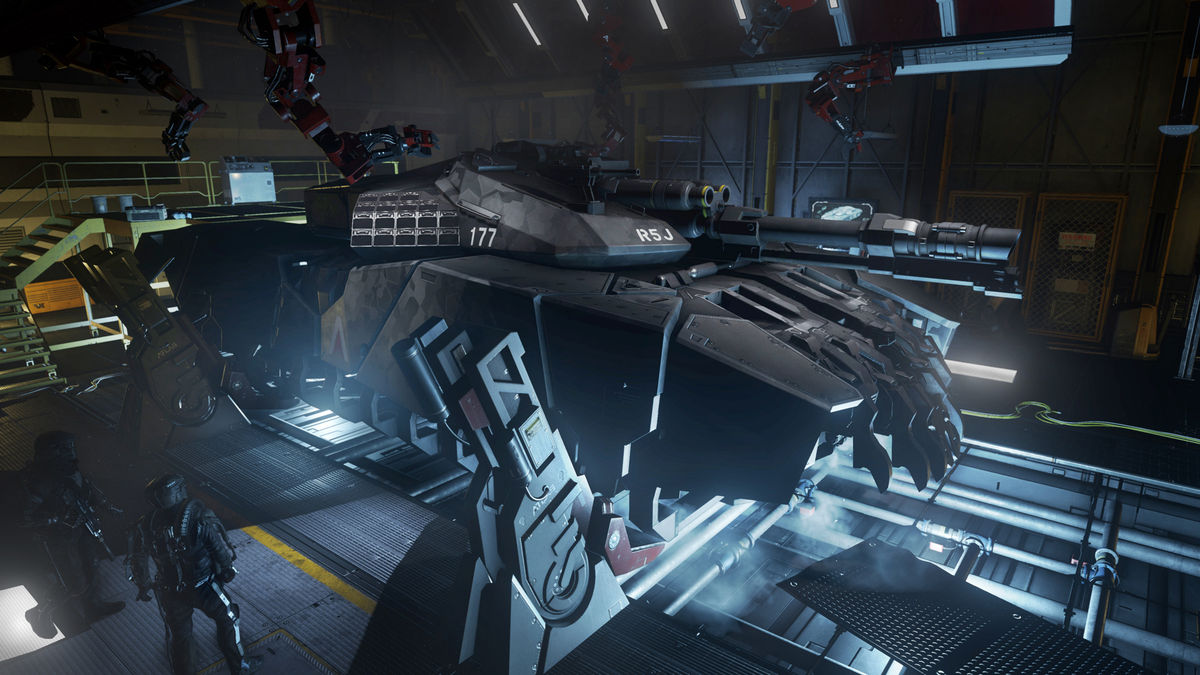 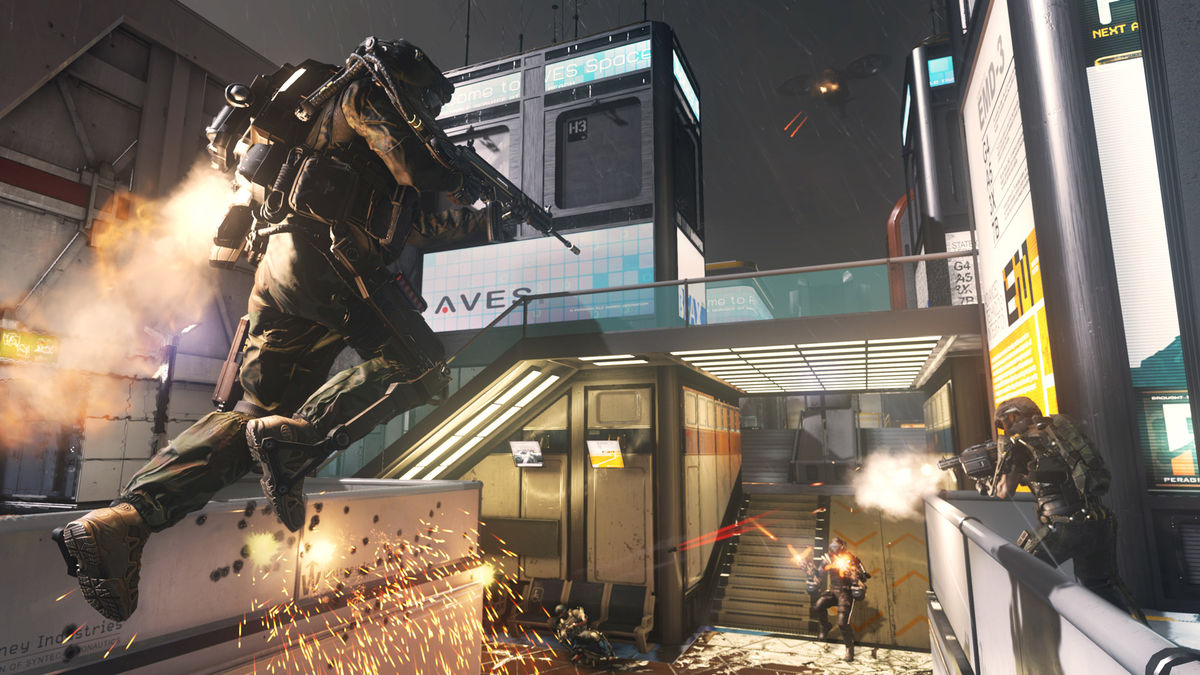 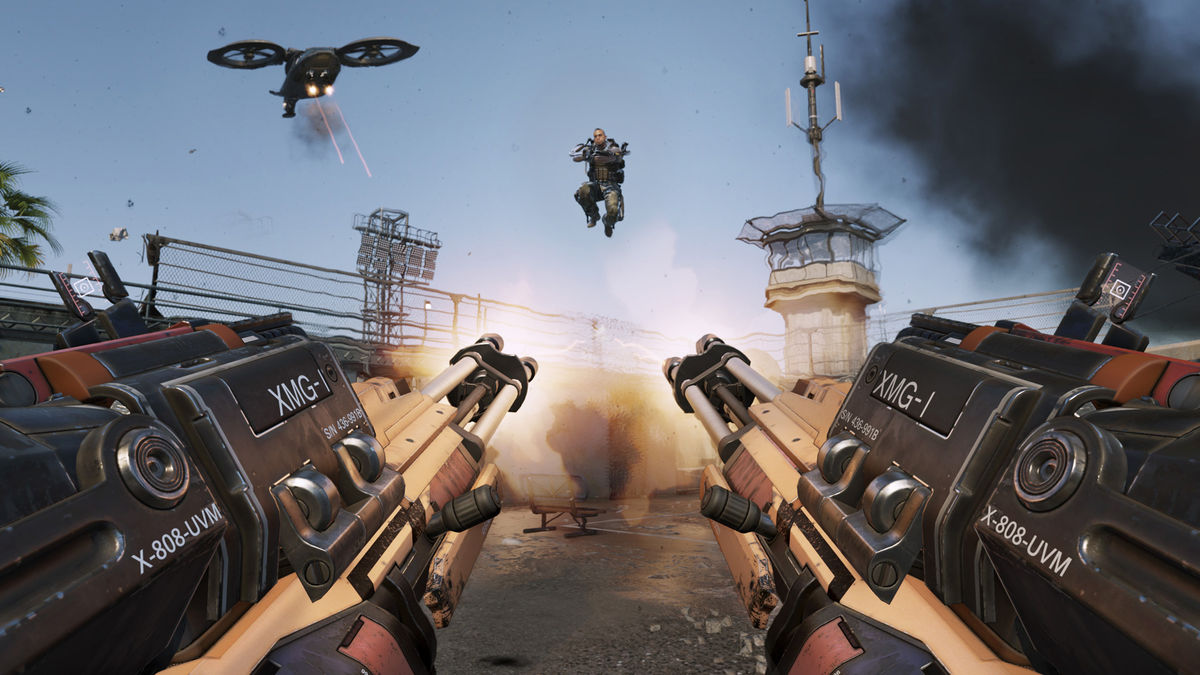 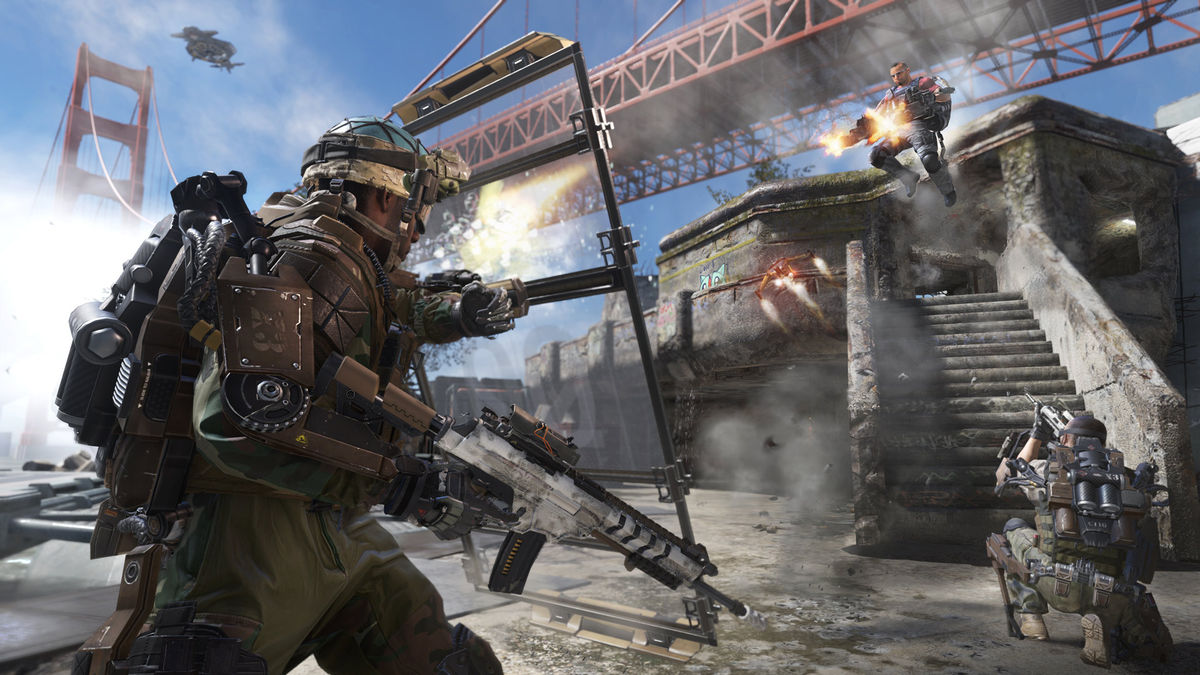 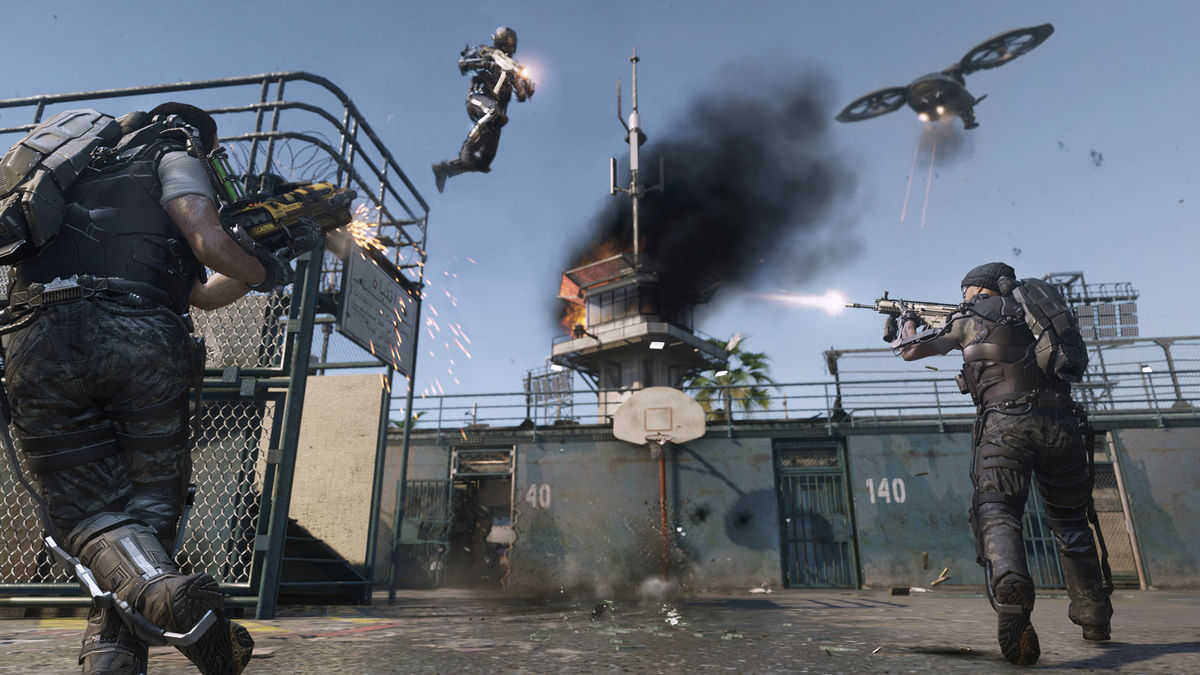 Loyalty discount! If the total amount of your purchases from the seller Sfera2002 more than:
If you want to know your discount rate, please provide your email:

Sfera2002 information about the seller and his items
onlineAsk a question

You buy a key, the official game Call of Duty: Advanced Warfare is powered by Activision

Release date - 03/11/2014
Localization - NA
Regional restrictions - for use on the territory of Russia, Ukraine and CIS countries
Editorial - Standart

ATTENTION !!!
- This key is activated on Steam
- Acquisition is subject to change without notice publisher

Call of Duty: Advanced Warfare - the first game in the history of the series, which is made using a three-year,
completely designed for the new generation of gaming systems, the development cycle.
«Call of Duty: Advanced Warfare» demonstrates the magnificent theater of hostilities future where
technology and tactics evolved to usher in a new era of battles for the right to vote.
Winner of the Academy Award-winning actor Kevin Spacey plays the role of Jonathan Irons - one of the most
influential people in the world, a man who created this fascinating vision of the future of the war.

- Improved the world:
The plot of Call of Duty: Advanced Warfare evolves in the proposed future which turned out pretty
predetermined degree of penetration of technological progress in the military sphere.
In this carefully crafted world of the future, private military corporations (PMCs) have become the dominant force for many
countries that attract the army on the side redraw the boundaries and rewriting the rules of war.
Jonathan Irons, founder and president of the world´s largest PMCs - Atlas Corporation - is the epicenter of events.

- Improved the soldiers:
Powerful exoskeletons completely change the concept of training soldiers, making them deadly in combat and eliminate
the need for a separate military specializations.
The introduction of this element of the game has improved the mechanics of movement of players, add high jumps
and clinging, a system of invisibility and biomechanics, providing unmatched strength, perception, endurance and speed.
With the development of improved and new exoskeleton armor and weapons each soldier takes unprecedented tactical
freedom, independence of the landscape that completely changes the usual players Call of Duty game design in all modes.

- Enhanced arsenal:
Using the power of next generation platforms, Call of Duty: Advanced Warfare will bring the players on the battlefield of the future with
advanced high-tech arsenal and a set of skills, providing them with brand new equipment,
technology and perks such techniques as hoverbayki and specialized drones.
Players will also be able to choose between the traditional and unique ammunition
energy weapons, which completely changes the dynamics of the gameplay.
With exoskeletons that give unprecedented power and tactical freedom, Call of Duty: Advanced Warfare makes evolution in the genre of shooters.

* INSTALLATION:
- Download and install Steam - http://steampowered.com/download/SteamInstall.msi
- Register your Steam account
- Go to the "Games" and select "Activate via Steam"
- Enter the activation key
- After that, the game will appear in the list and you can download Call of Duty: Advanced Warfare Day
* Available from 03/11/2014

Our other products you can find:
http://sfera2002.plati.market

Call of Duty 5: World at War REGION FREE (not for STEAM