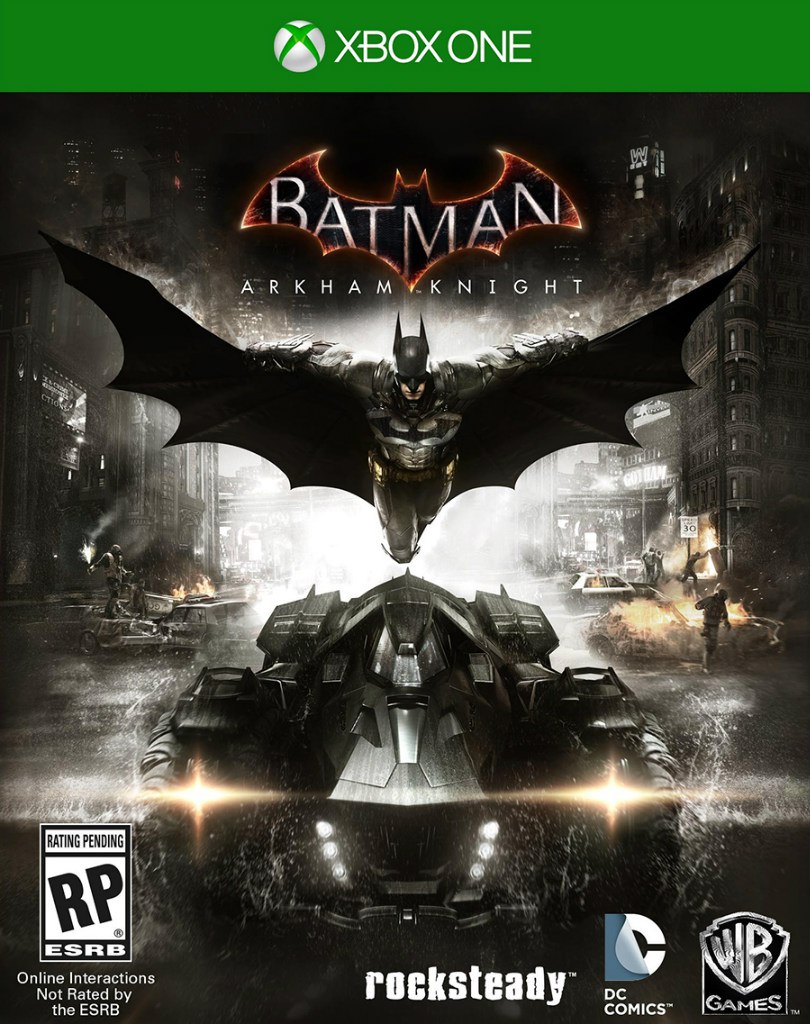 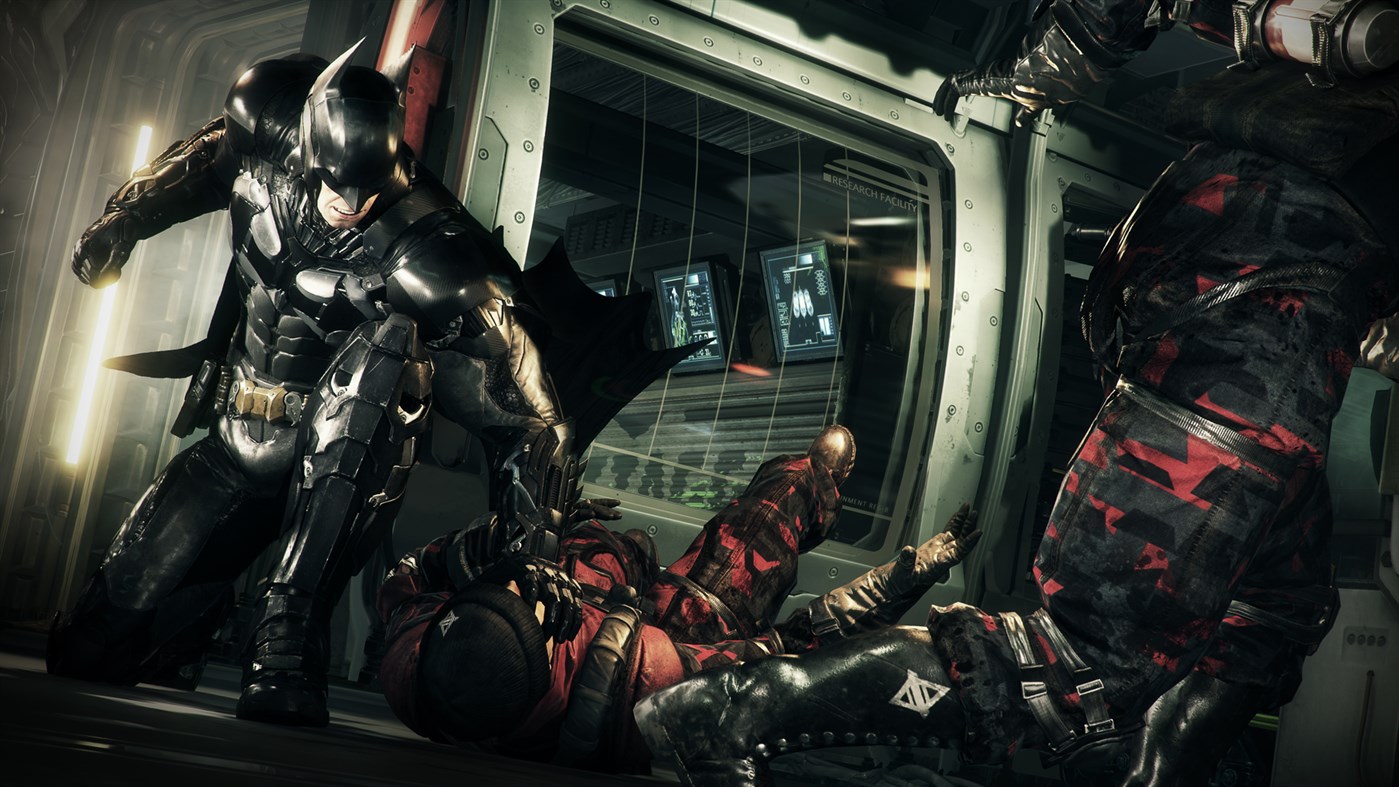 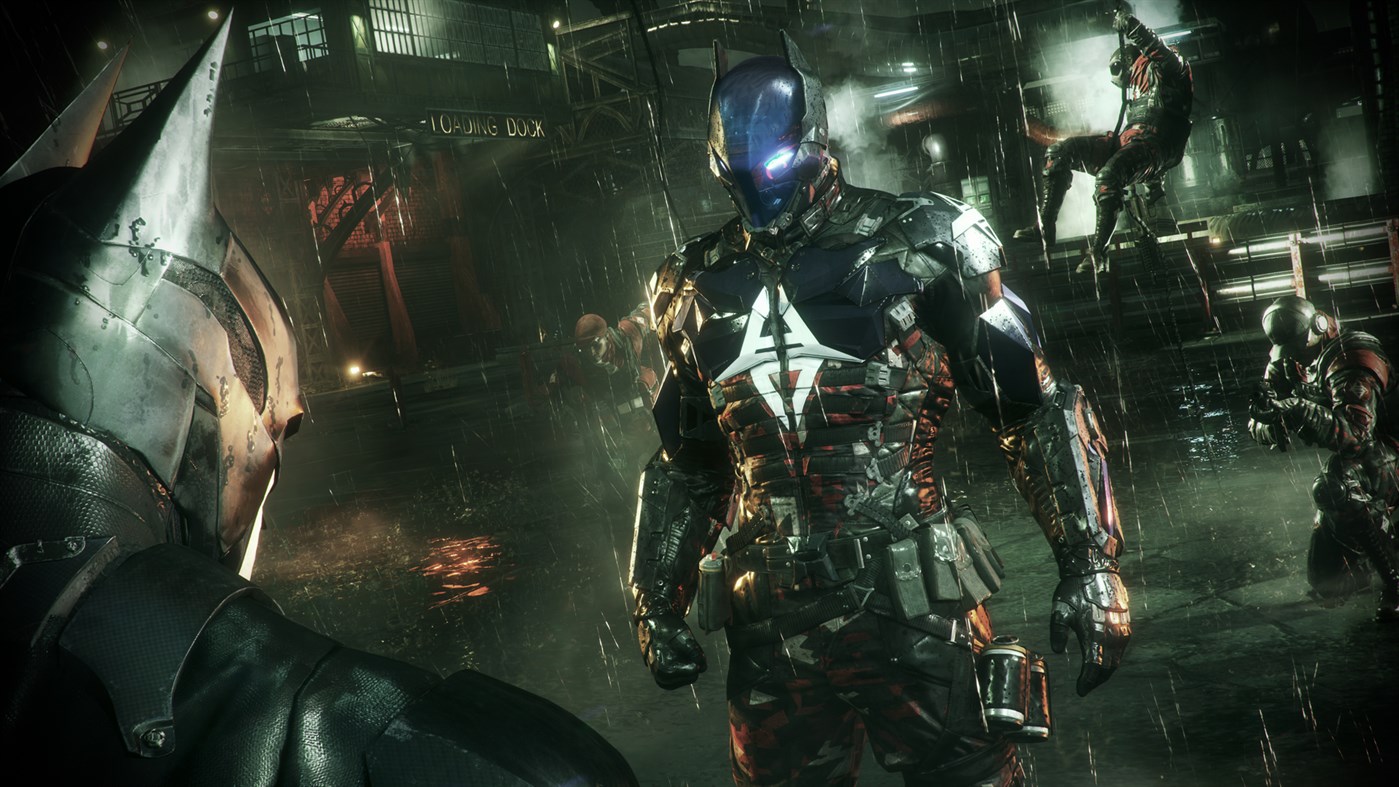 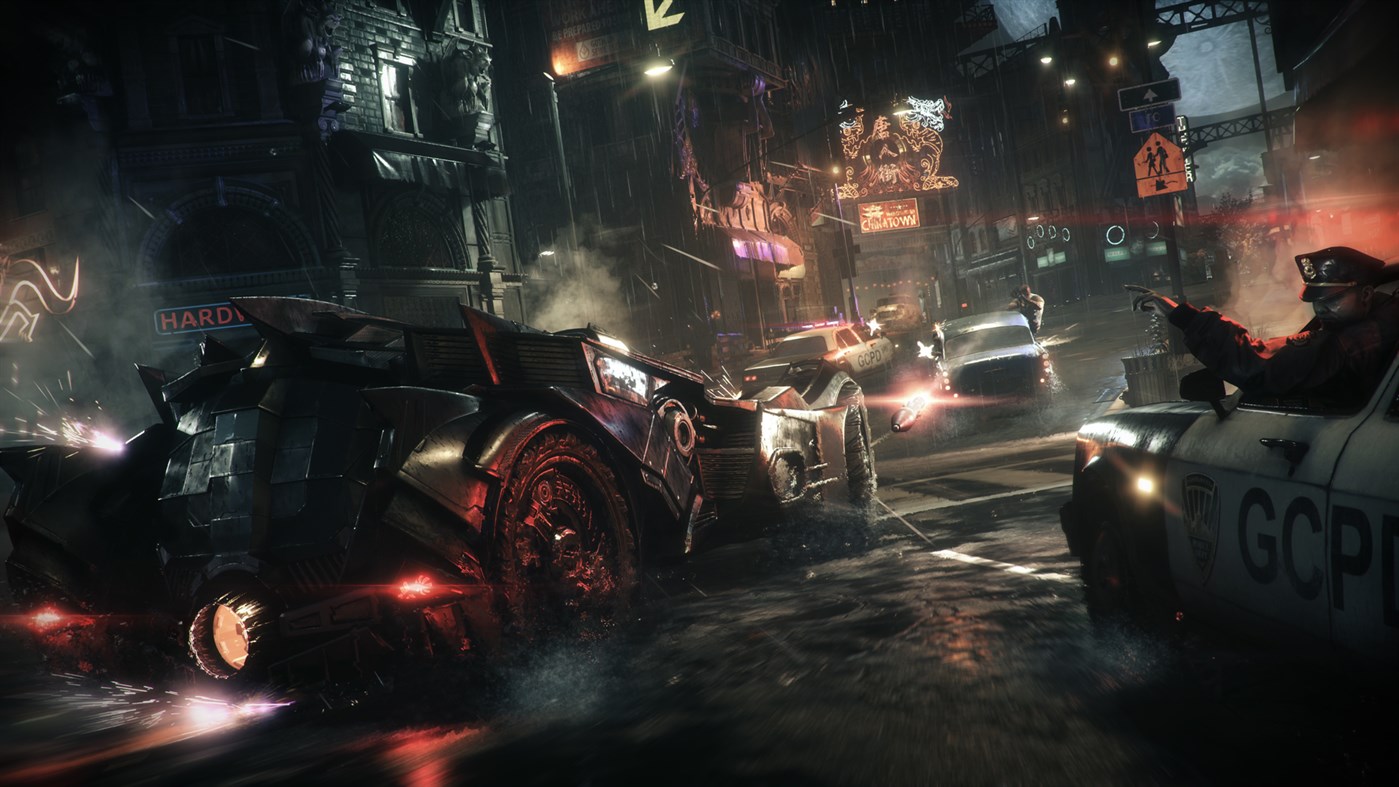 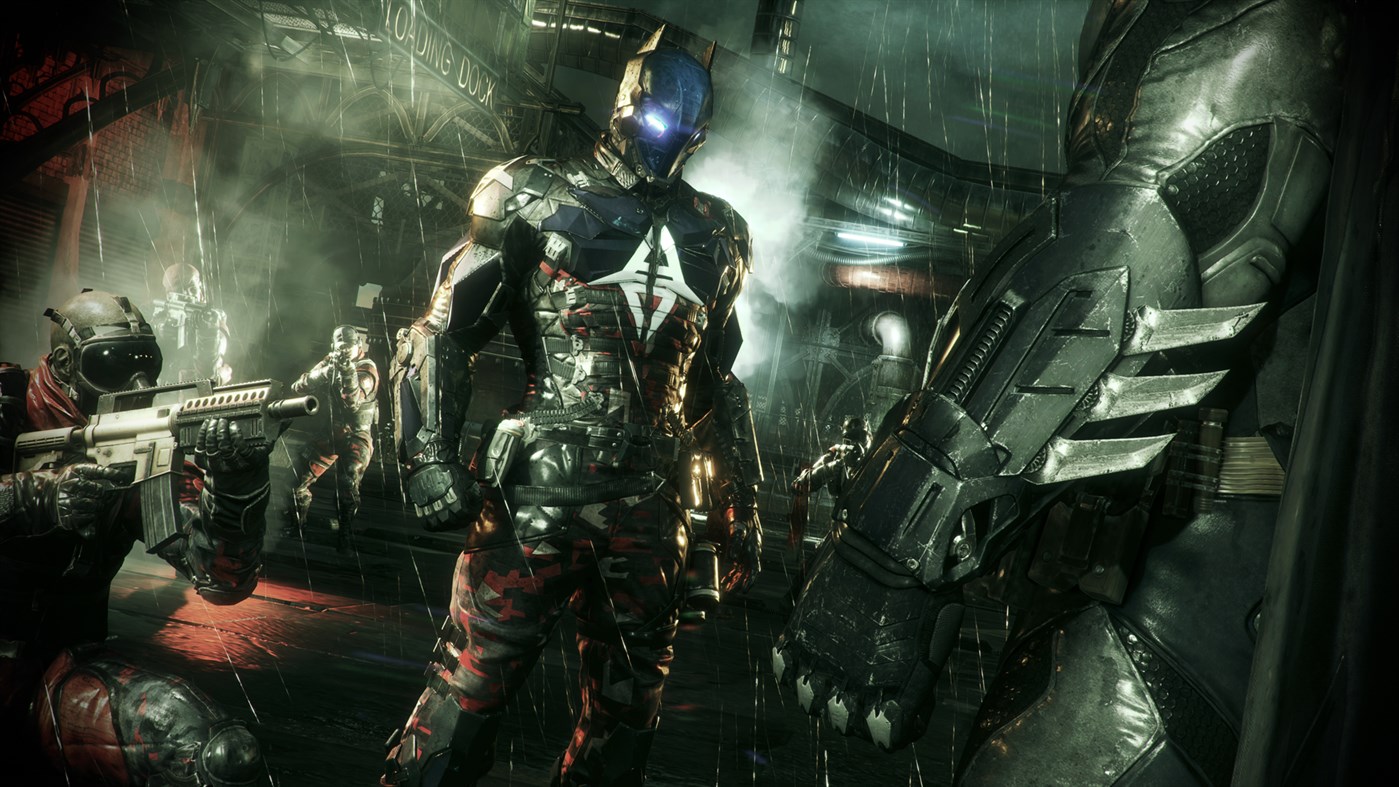 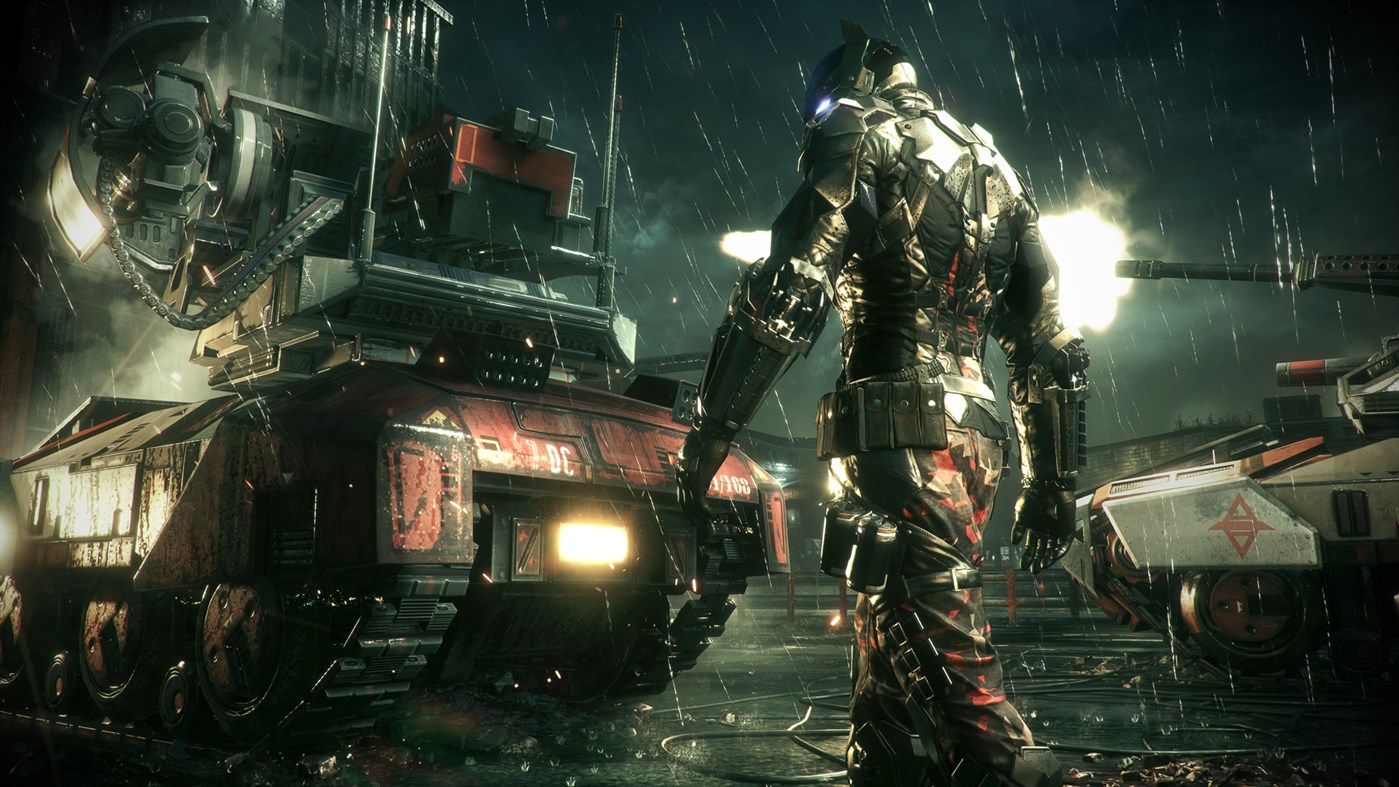 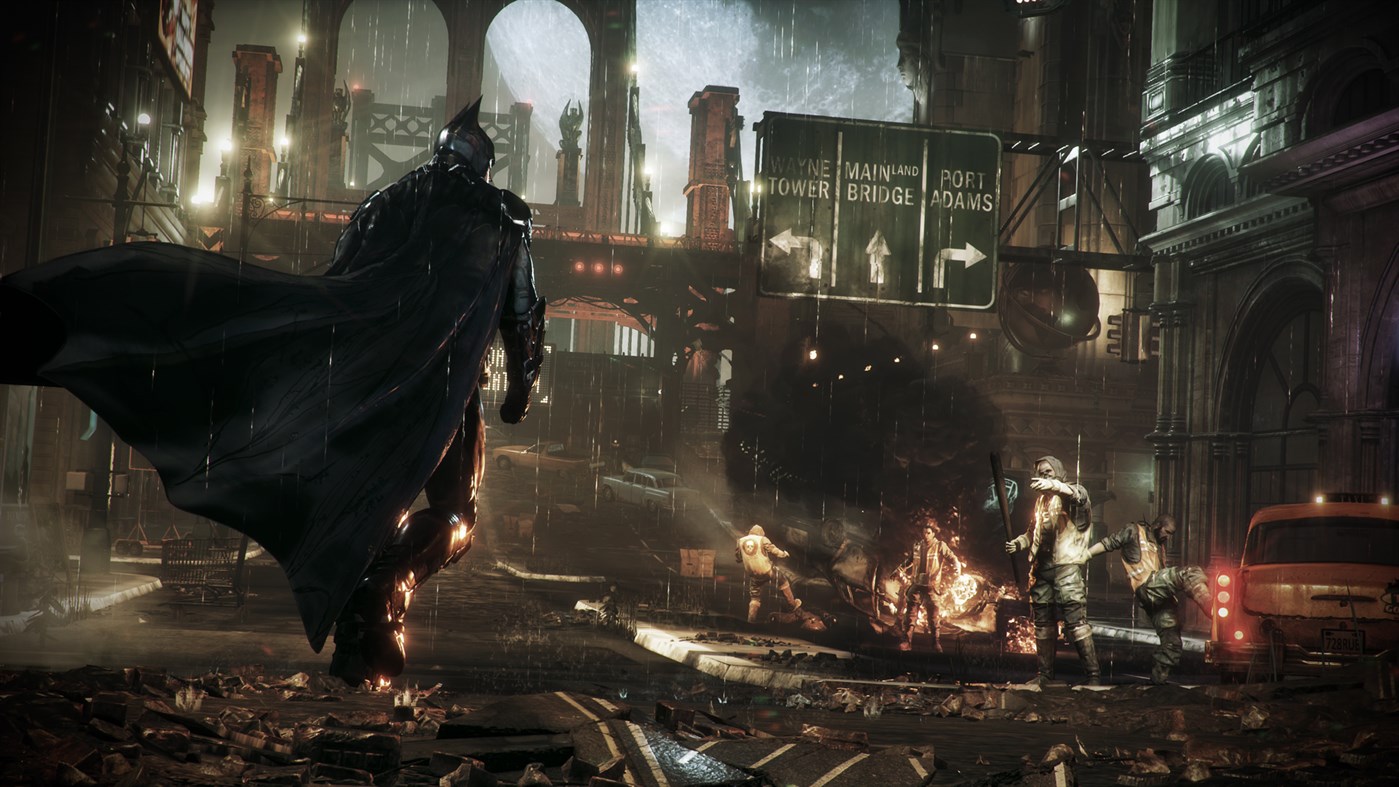 Uploaded: 14.12.2019
Content: text 22 symbols
Loyalty discount! If the total amount of your purchases from the seller ossis more than:
If you want to know your discount rate, please provide your email:


Game Batman: Arkham Knight - a grand conclusion of the trilogy of Batman. Games of this series received numerous awards, and this game is no exception.

Batman: Arkham Knight developed by Rocksteady Studios exclusively for next-generation consoles and the first time it will be a unique version of the Batmobile. The long-awaited appearance of this legendary machine with the already popular gameplay will give players a new bright and full of impressions when driving this car, they will drive through the streets of Gotham City and its soaring sky.

In hot final Batman will meet face to face with the greatest threat to the city, which he swore to protect. Scarecrow returns to combine superprestupnikov Batman Gotham City and destroy forever.

Become Batman
Become Batman and start with the Dark Knight the final chapter of the trilogy Arkham from Rocksteady Studios. Players like never before, be able to feel the world´s greatest detectives because of the appearance of the Batmobile and improvements to the special abilities, such as free fight, stealth and navigation.
New Batmobile
Batmobile was completely redesigned inside and out, acquiring a completely new look and a complete set of high-tech devices. Legendary car is in the heart of the game design. It is designed in such a way to move around the game world and can move from speeding prosecution Army battle mode, allowing players to sweep the streets at an incredible speed in pursuit of the most dangerous villains
In addition, the famous car enhances the ability of all of Batman´s navigation and forensics to fight and solve puzzles, thereby creating a genuine sense of the perfect union of man and machine.
Epic trilogy completion of Arkham - Batman: Arkham Knight plunges Gotham into open warfare
The raids and minor collision of the game Batman: Arkham Asylum, be part of the growing confrontation with the prisoners reached the hospital in Batman: Arkham City culminated in the decisive battle for the future of Gotham. By the grace of Scarecrow fate of the city hung in the balance when he teamed up with Arkham Knight (new original character of the Batman universe) and a host of other notorious villains - Harley Quinn, Penguin, Riddler and Dvuhlikim.
Investigation of all Gotham City
For the first time, players will be able to visit any place, without exception, Gotham in a fully open and the non-linear world, five times exceeding the size of Arkham. Gotham has been painstakingly and meticulously crafted with the same close attention to detail, made famous series of Arkham.
Side mission to search for criminals
Players will be able to immerse themselves in the chaos raging in the streets of Gotham. Struggles with outstanding criminal ringleaders inevitable and allow the players or concentrate and deal with every villain in isolation, or follow the main storyline.

*******
✅ Account is not for sale. This is Batman Arkham Knight game Rental!
*******
✅ After downloading the game you can play on your own profile.
*******
✅ At the end of the paid period profile will be deactivated. To start the game you will only be able by renewing the rent.
*******
✅ Gold status is not required for playing single missions
*******
✅ You will get an additional up to 6 hours to download a game. (In most games you can play even before they are downloaded)
*******
⚠️ It is strictly forbidden to change any data on the account. Violation entails denial of service without refund.